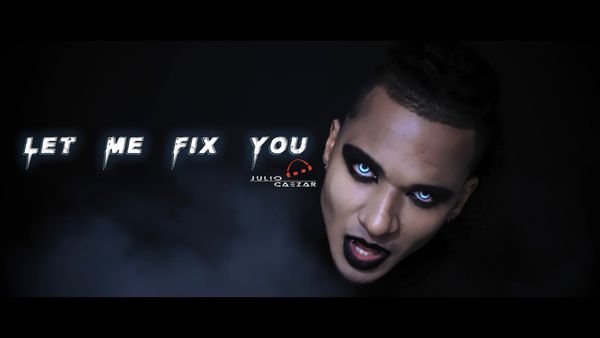 With Valentine’s Day right around the corner, love is in the air!

Or so you think …

Julio Caezar places a dark twist on Valentine’s Day by exposing his fangs & honest desires. Believe it or not, we are thoroughly… 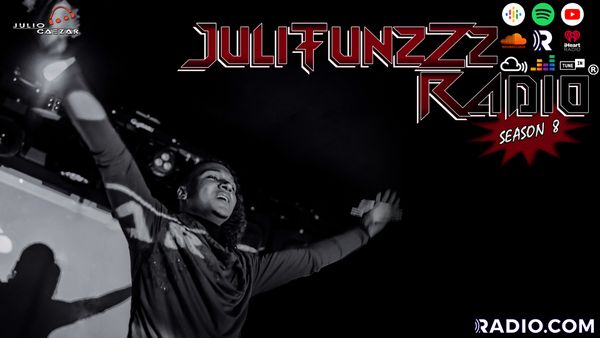 You may be wondering …

What makes this music podcast so special?
How does this show stand out from the rest?

Why listen to this podcast over the bigger DJ podcast? 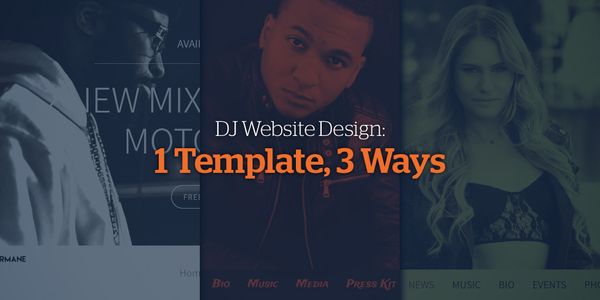 Initially, my website was pretty basic to me. Little did I know that I'd be featured in a 2017 blog/article by the folks over at Bandzoogle. As an independent artist, time is of the essence considering the number of… 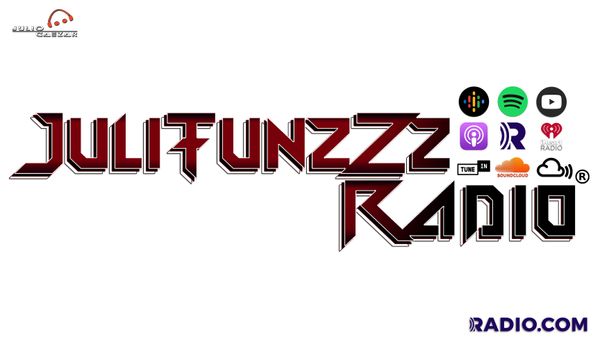 JuliTunzZz Radio comes in as a bi-monthly dosage of the grooviest House TunzZz available, broadcasted across the globe. Upon listening, you'll immediately gravitate towards Julio Caezar's genuine character and uncanny ability to musically tell a story through his PHENOMENAL… 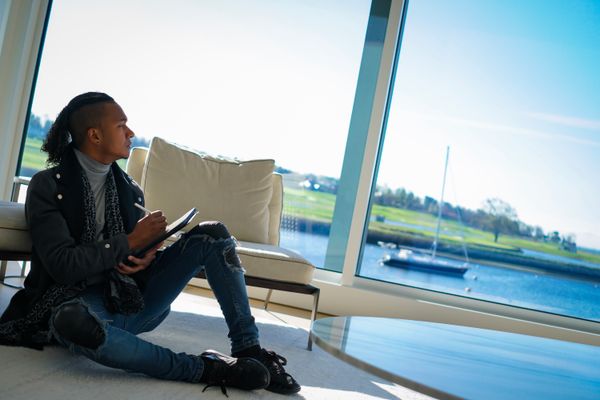 The older I grow, the more I notice that people are tainted by life’s trials & tribulations. Very few are open to the challenge of branching outside of their personal circles for the enhancement of their overall knowledge & life… 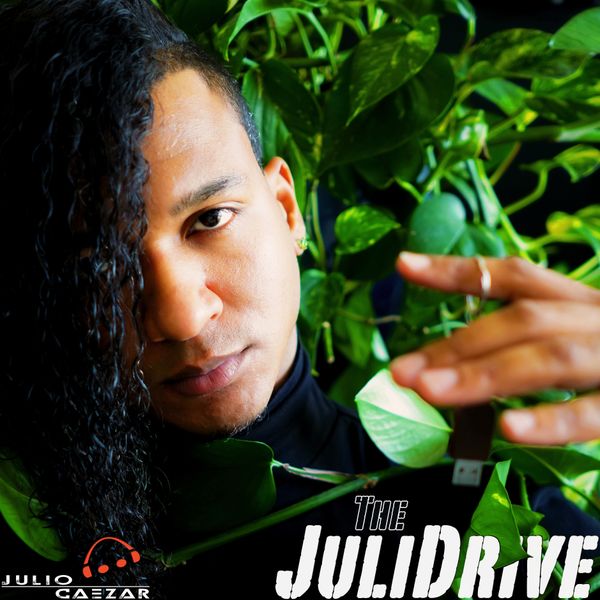 The release of The JuliDrive was a thrilling one!! What’s even crazier is that the release landed on my 30th birthday. 30 on 30 baebaaaaay! (That was planned haha. It was like a gift to myself in celebration of… 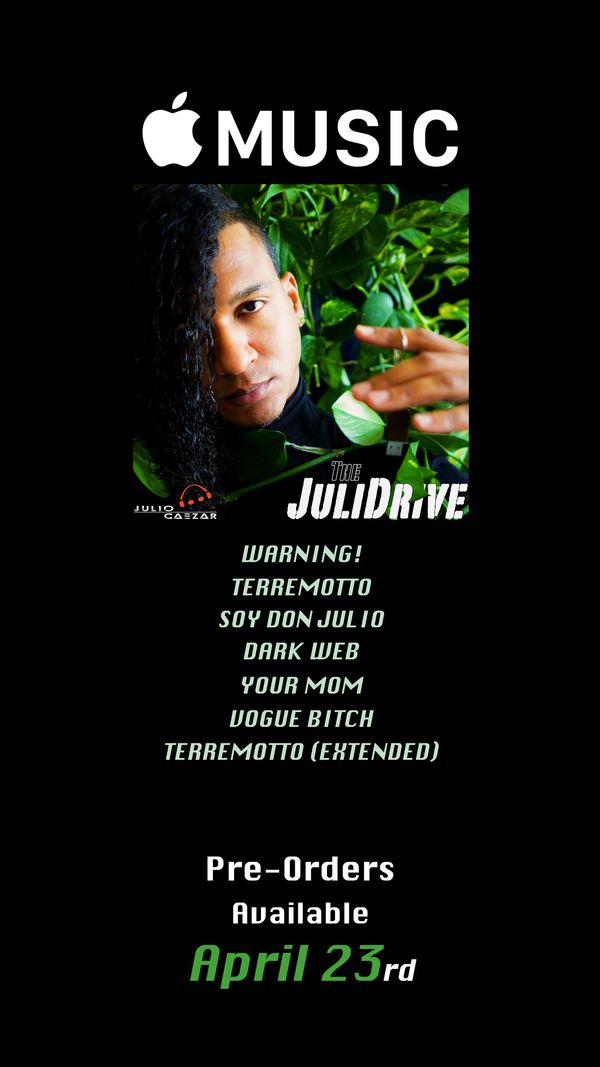 I know I am. Below is a quick blurb about the album, as well as the official tracklist! I'll be sure to add a blog about the tracks later in May. I'd love for everyone to listen…

What’s going on my JuliPeep!

I decided to get back into publicly blogging every Tuesday & Thursday. Not only is writing therapeutic, but it also adds a sense of responsibility if I share some of the writing with my JuliSquad.… 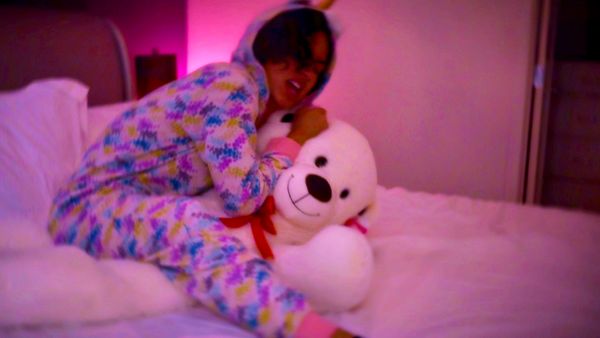 Hellooooo from New York City baebaaaay! I mean, nothing new; I’m from here.

I do have something new to announce though!! 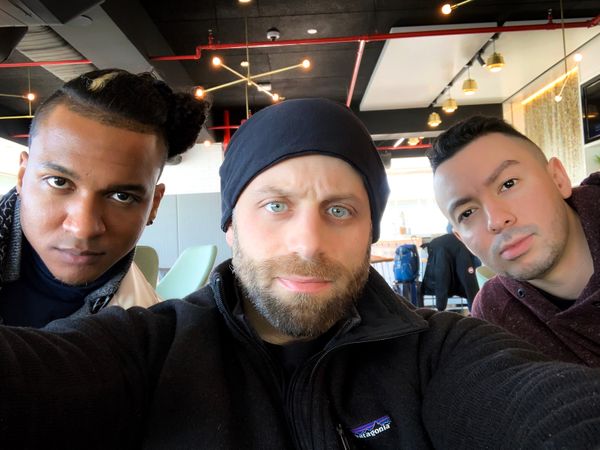 It’s been some TIME! I’m assuming my last blog post provided reasons for my absence.

SOoOoOoOo Much has happened since!! The new year came in with full force! 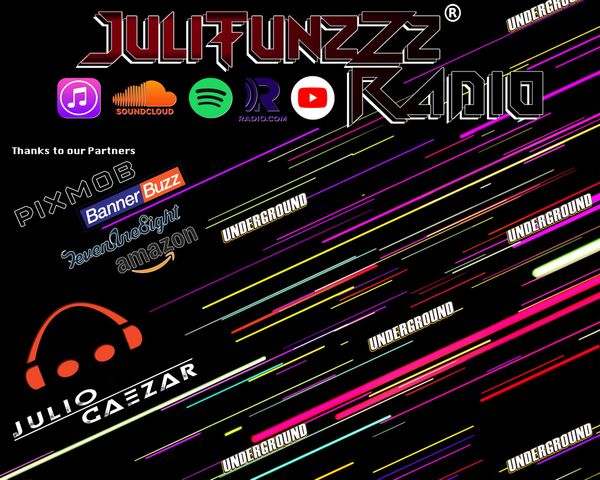 **Woops, this was suppose to be uploaded the day before the Underground. I never got around to it with all of the madness going one** 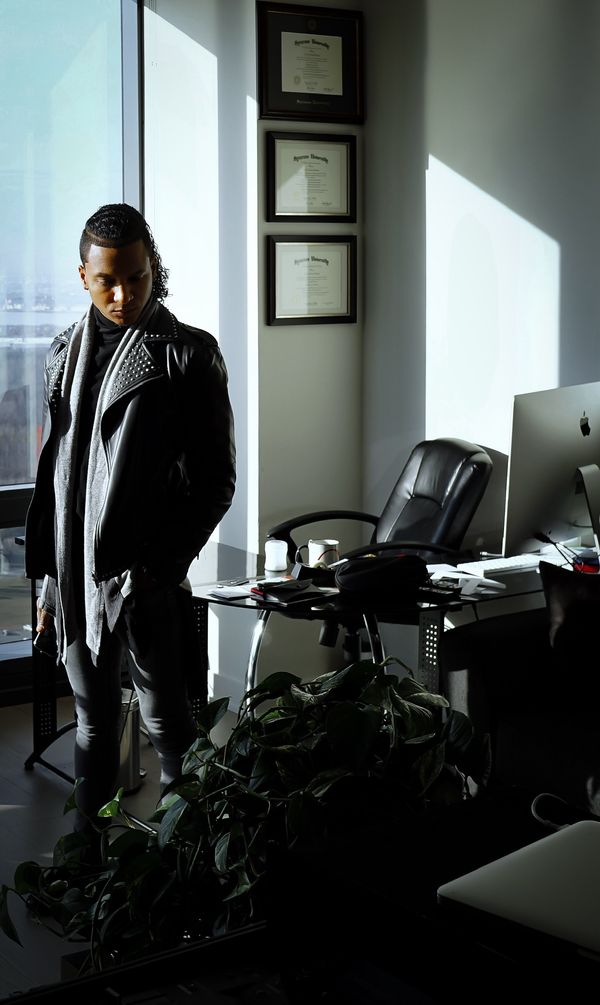 Now let me take a… 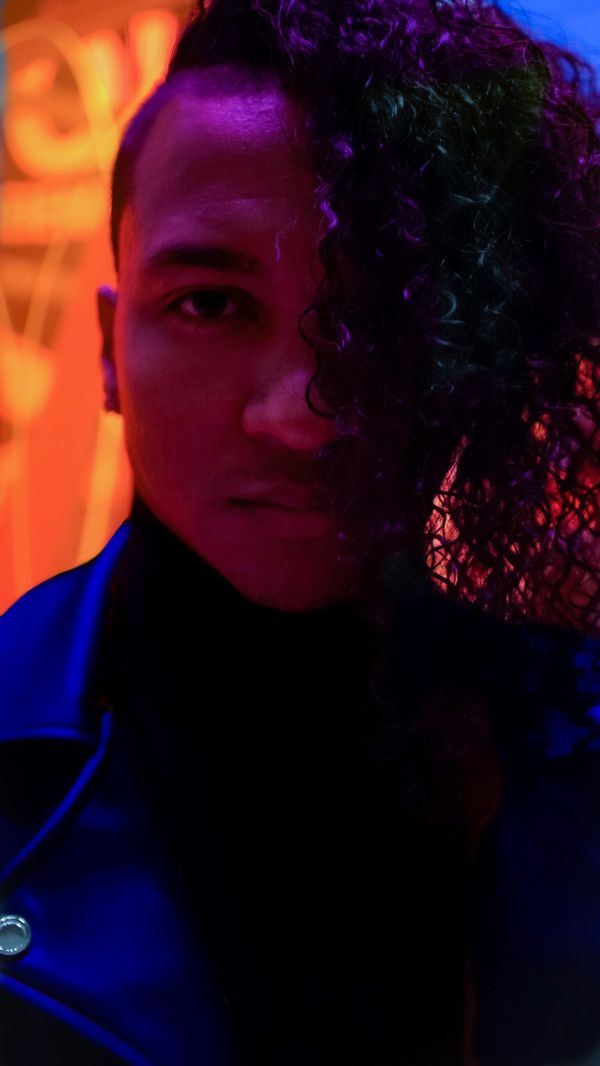 Thanks to everyone who took the time to read my recent entry regarding my trip to my homeland, Dominican Republic. I’m glad I was able to share those experiences with you over some… 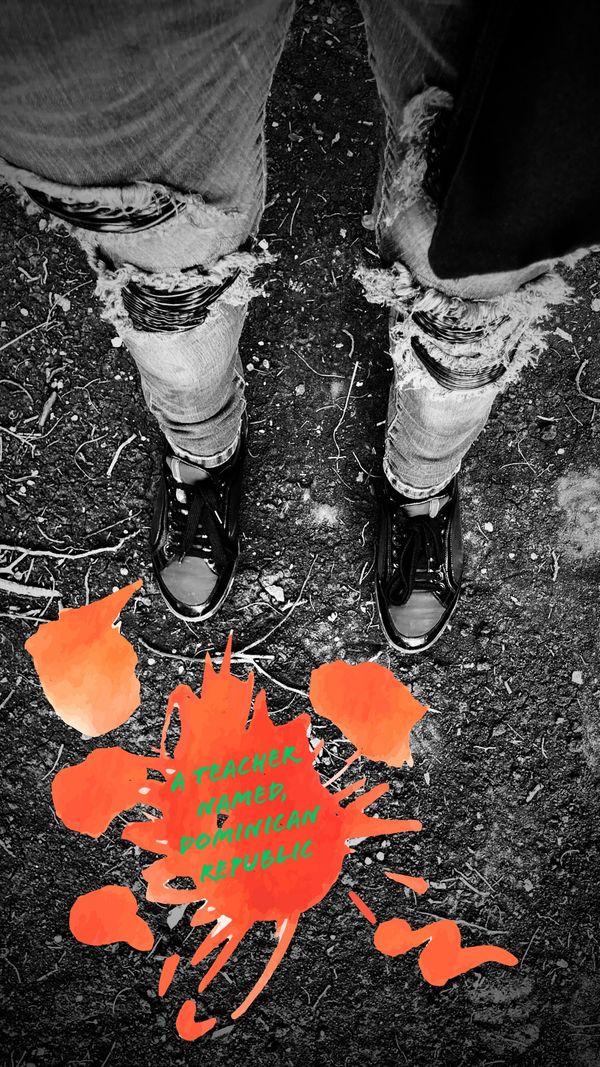 Prepare yourself for a rather long assembly of thoughts, represented by a large amount of strategically formulated sentences.

In life, there are three kinds of people in the learning community; those that prefer to learn from a teacher, those… 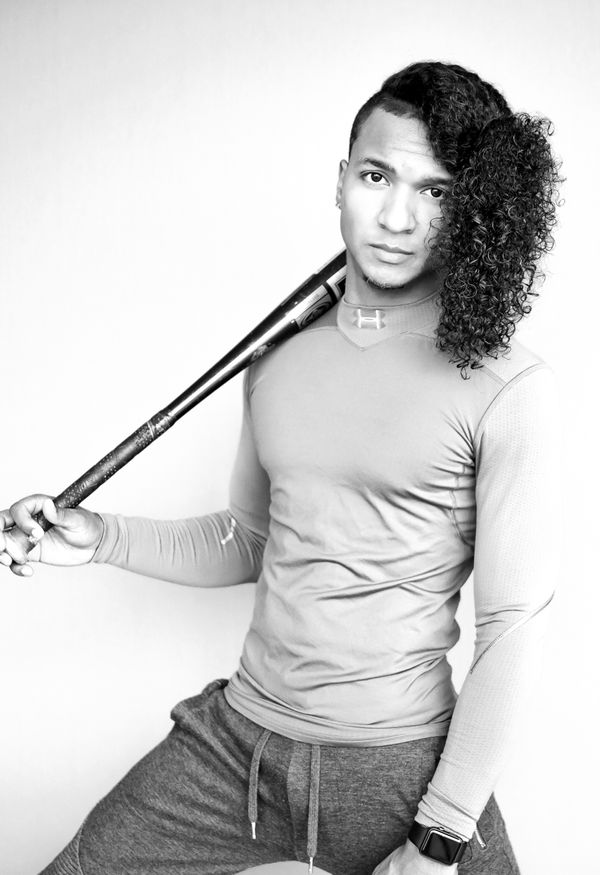 In pursuit of demolishing my goals, I’ve been supported, misunderstood, loved, scolded, admired, misjudged, followed, ghosted, desired and made fun of for almost 2 decades. If you’re anything like me… 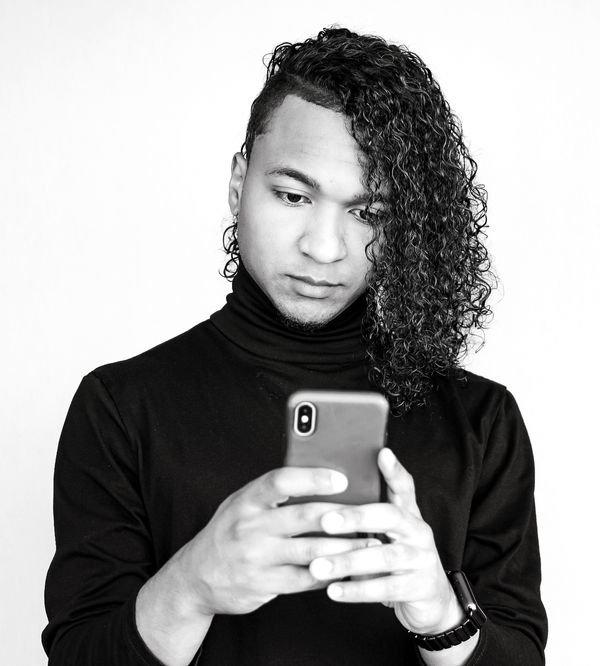 A Close Friend/Family Member shared his insight on his current situation at his place of work, and I answered with this:

"I’ll start by saying this.

In this world, it’s either we make our dreams a reality,… 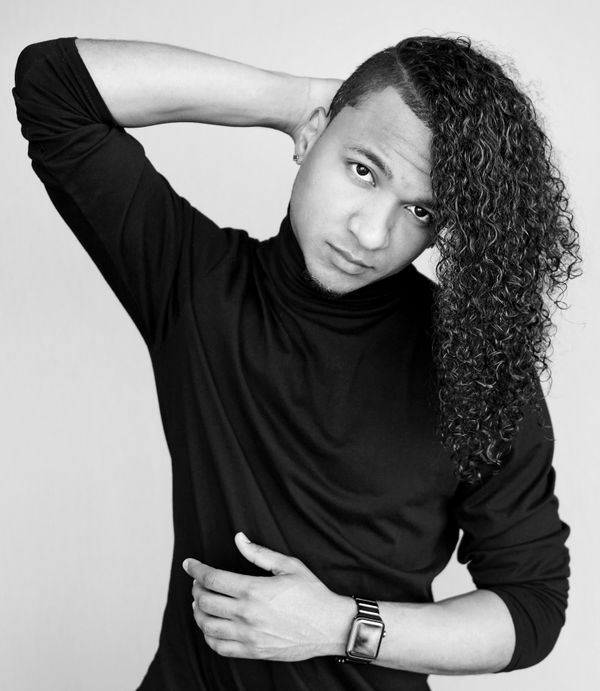 Time and time again, humanity ceases to amaze me in its efforts to show me its multitude of faces ...

In light of its positive & supportive nature, I breathe joyfully as I witness the immense potential for… 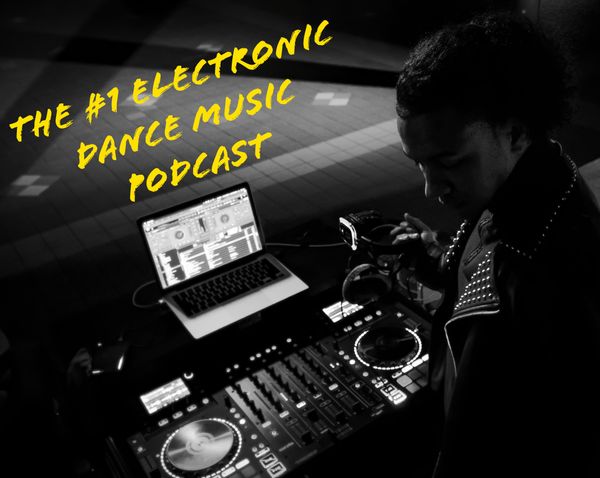 It recently dawned on me that Julio Caezar presents JuliTunzZz Radio is the Number 1 Electronic Dance Music podcast in the globe. Seriously feeling FIRED UP, but beyond overwhelmed. I never took the time to see that… 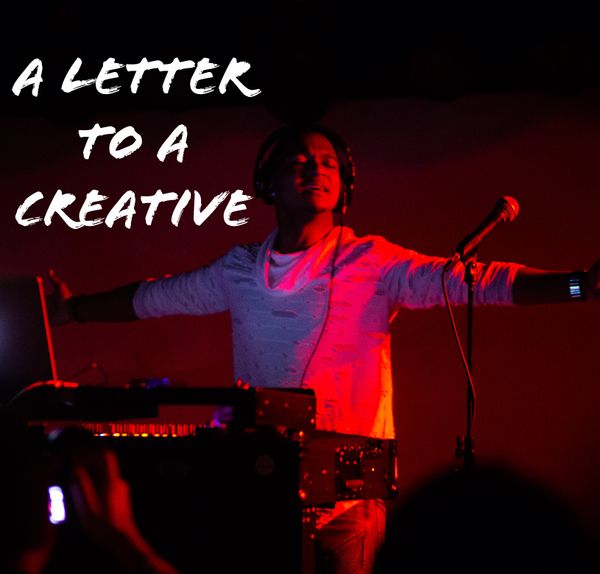 I just wanted to take the time to share some notions that you may already fathom. Know that your work is beyond admirable, and whenever you feel doubtful, confused, or ready to give up ... 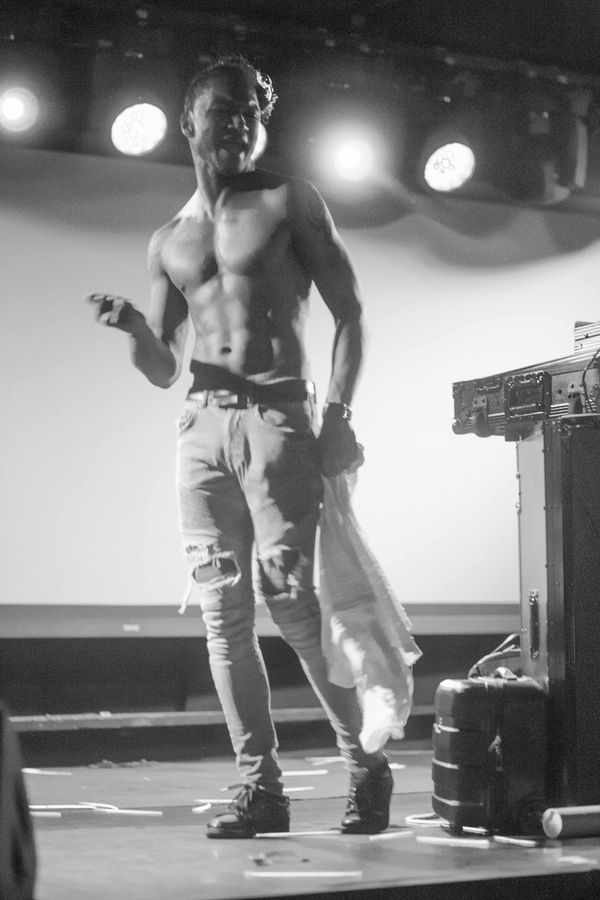 What’s up my JuliPeep! More often than not, I’m asked about my diet and physical appearance. Personally, I love questions that allow me to add value to someone else’s life. Let's begin ...

First of all, let me make… 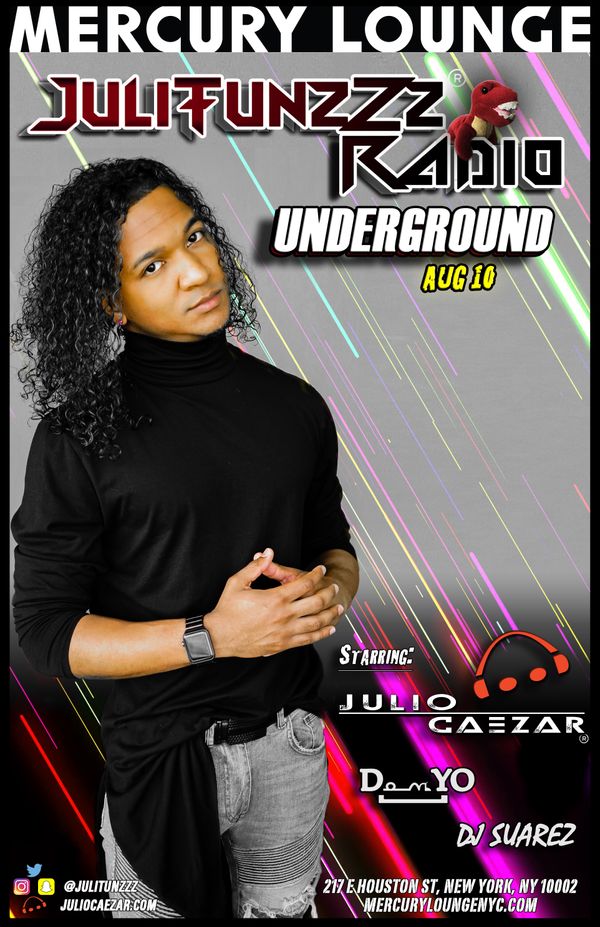 A week from now, on August 10th, I’ll be hosting the first ever JuliTunzZz Radio Underground event over at Mercury Lounge! Can you believe it?

Get your tickets here: JuliTunzZz Radio… 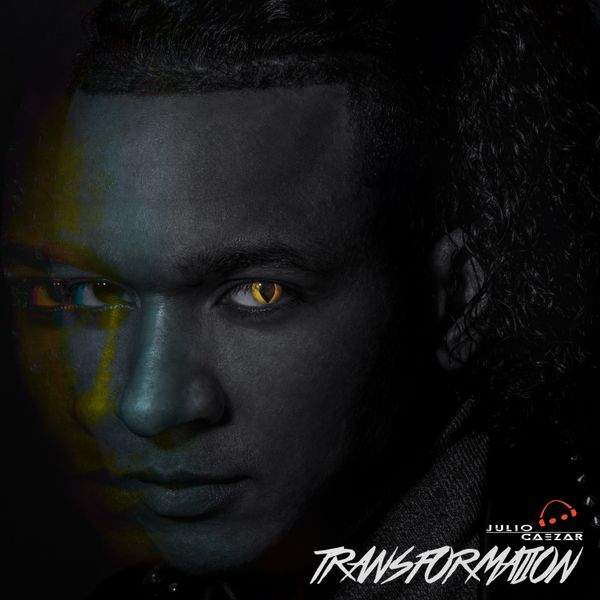 Hellooooooooooo!! Can you tell by all of the ‘o’s that I’m excited as can be????

If you can’t tell by the amount of question marks I just dropped, I need you to listen to some JuliTunzZz Radio so that… 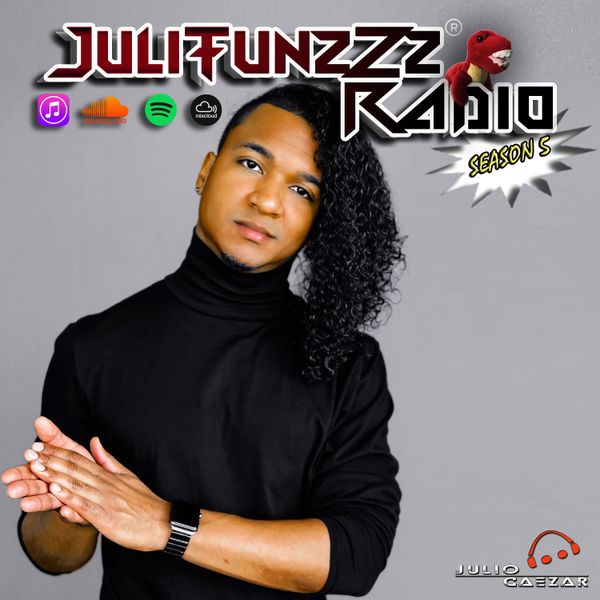 What is going on my JuliPeeps!!

To start, I am overwhelmed by the ongoing & growing support from the JuliSquad! I can’t thank you enough for all of the sincere messages about JuliTunzZz Radio, my blogs and… 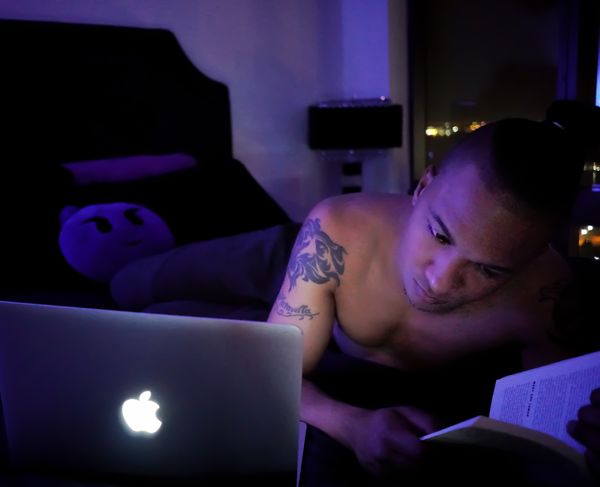 Being that I’m building a platform where I can potentially voice the opinions of my people, I’d like to take the opportunity to make some things clear

I will not stand for inhumanity, however, I will not… Born in Queens, NY and raised in the Bronx, NY ... Julio's has been the curator of all of his accomplishments, beginning with the creation of his debut album After Heartbreak. Weeks later, Julio created the JuliTunzZz Radio podcast, which then opened a wave of opportunities with entities such as Sony and CBS Radio, to name a few. JuliTunzZz Radio held the Number 1 spot in the global music podcast rankings from the months of February 2018 to October 2018.The success of his podcast caught the attention of NYC talent buyers leading to the development of the JuliTunzZz Radio Underground stage. The first JuliTunzZz Radio Underground was held at New York City's critically acclaimed Mercury Lounge in the Summer of 2018. 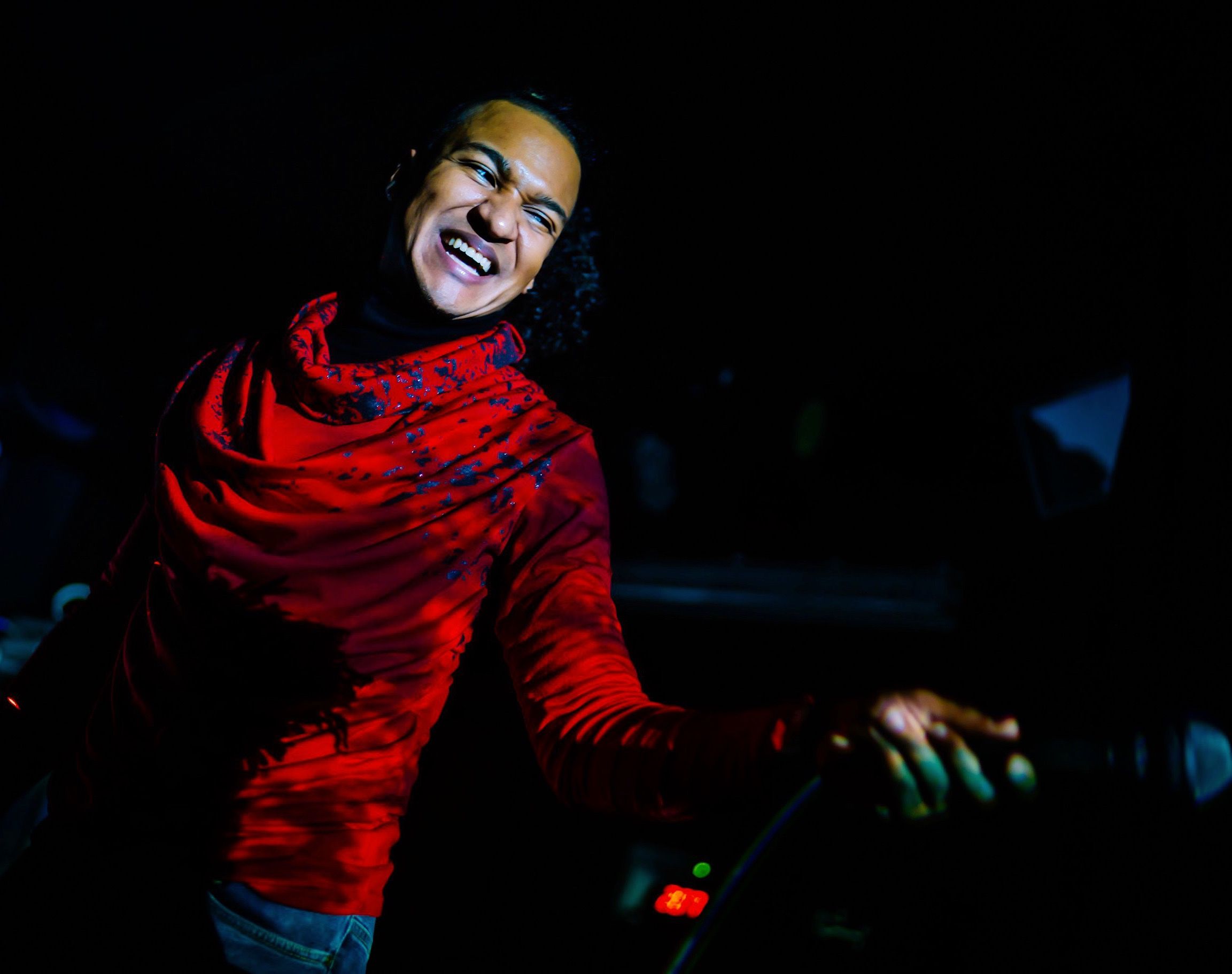 As soon as Julio Caezar hits the stage, all eyes and ears magically gravitate towards his direction. Witnessing Julio Caezar's stage presence first hand invites some of the sweetest electrical vibrations to soar through the bodies of his audience members.  It's a sight to see as his contagious energy infects the crowds before him. Being the hybrid performer that he is, Julio exudes a uniquely memorable stage presence that spreads a sense of magic & happiness via his unique sound, attention to detail, humble, yet sporadic & funny nature. His global audience is currently known as the JuliSquad, or JuliPeeps, if related to on a more personal level. As of now, Julio has performed for crowds at heavy hitters like Sony Music, the NBA, HBO, ESPN, & Red Bull. 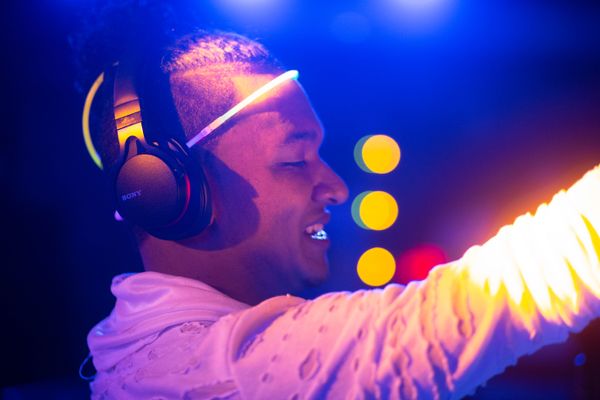 Oh yeah, we thought you should know ... Julio Caezar has been able to manage his musical career while also maintaining solid footing in his daily corporate career.  The growing personality also released his Transformation album on this breakthrough year, which is the second of his 3 album Trilogy! Transformation is host to 5 favorites amongst his fans & supporters: “To Mars,” “Trouble,” “Mattress Pad,” “ Dangerous,” and “Red Flags.” His work ethic & desire to create a memorable experience for his audiences is unmatched, and oddly natural. We consistently wonder how much quicker his ascent as a top global artist would be if his sole focus was music. 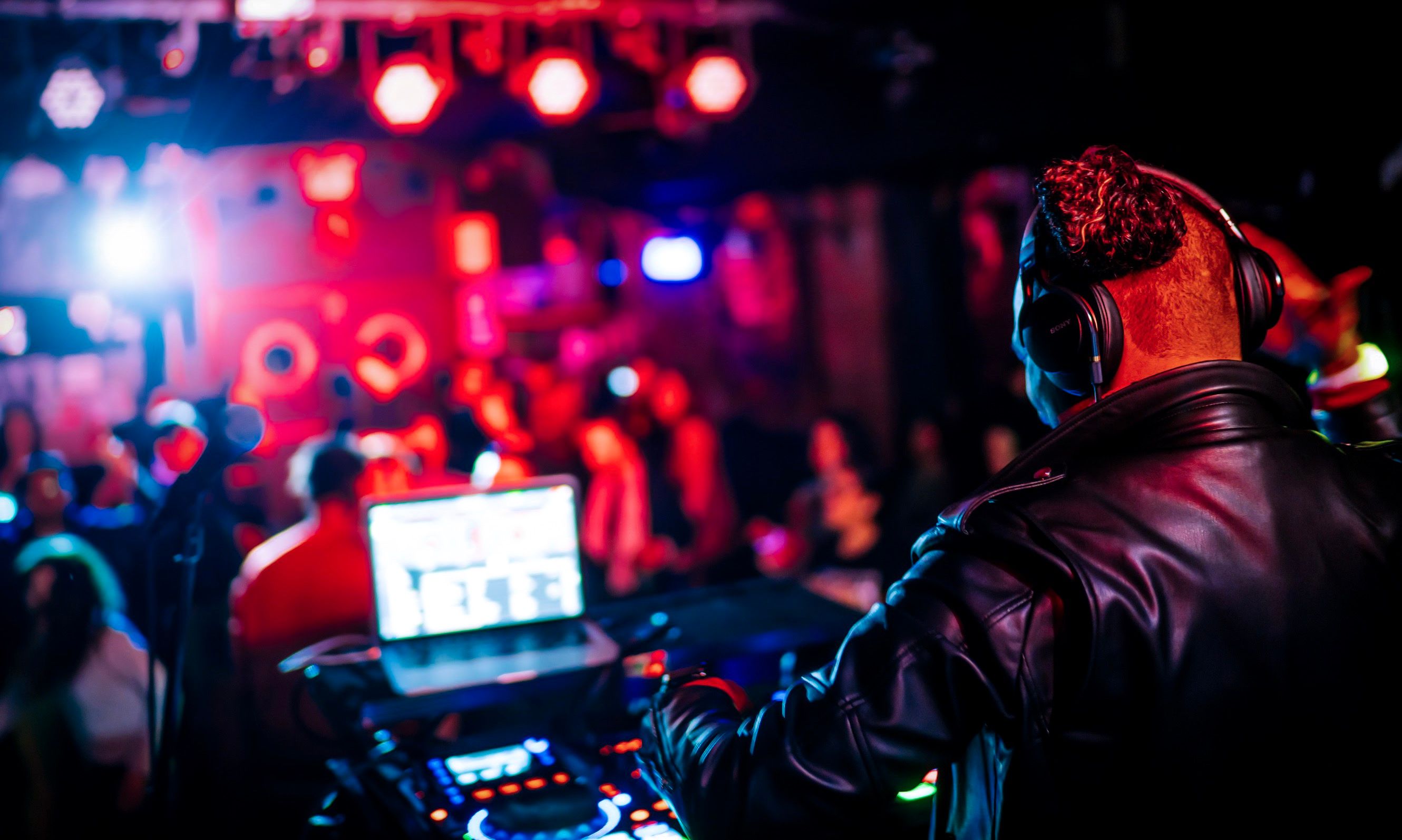 Julio's newest release is set to rock the world! The JuliDrive is a compilation of tracks where Julio infuses Electronic Dance with his Latino roots. Julio manages to revitalize the concept of the mixtape by serving his art in form of a USB drive, where the contents dive into the various societal topics embodied by today's ever-growing culture ... with a JuliTwist, of course! He normally debuts his projects for his JuliSquad under the JuliTunzZz Radio brand umbrella before officially releasing them. The JuliDrive debuted on his 30th birthday (April 30th) and is available everywhere! Who would of thought those numbers would coincide? Hmmmm... 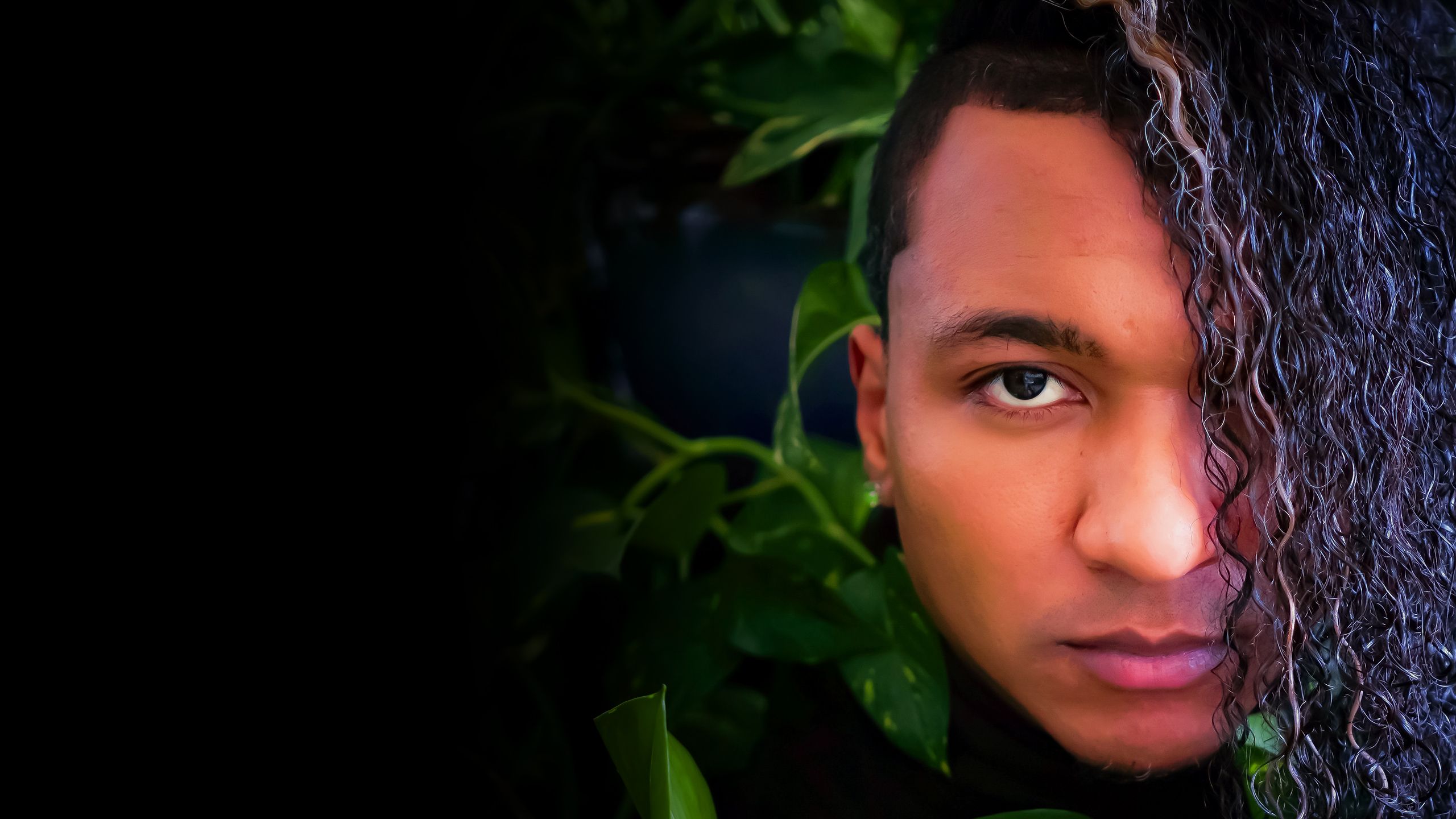 To be featured on JuliTunzZz Radio, please use our Demo Drop.

The Julio Caezar & JuliTunzZz Radio brands are proud to be a part of the philanthropic efforts by the Marela Children's Foundation, in hopes of raising awareness & funds for the enhancement of health care & education for those less fortunate in the Dominican Republic.

Please take a moment to watch the video below:

For more information regarding the philanthropic efforts, as well as donations, please visit the the Marela Children's Foundation!

If you'd like to find out more by contacting the organization directly, feel free to send an email to info@marelachildrensfoundation.org